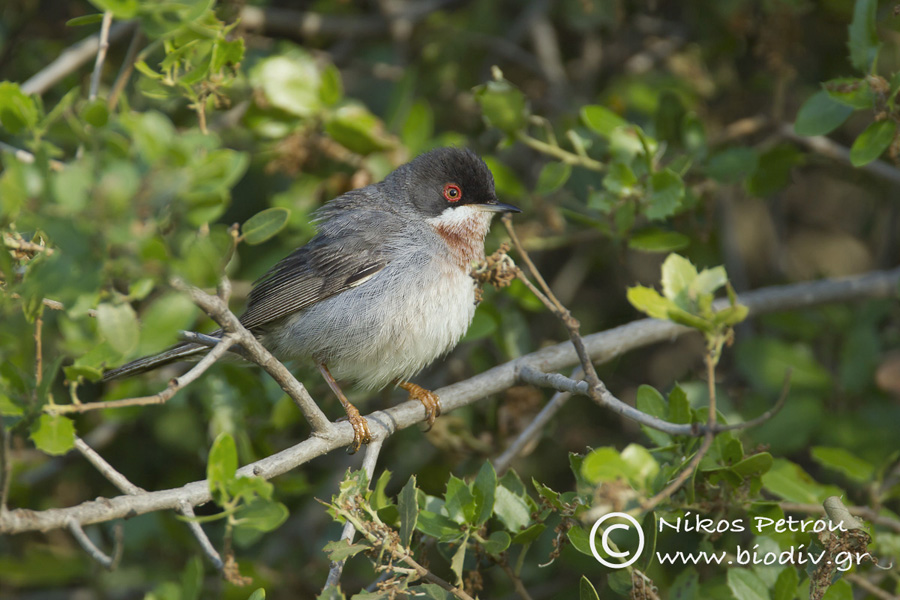 This bird was seen in Lesvos, in April 2012, and was originally thought to be Menetries's Warbler. However, it responded only to the call of Rüppell's Warbler and was later identified as a hybrid between Rüppell's and Subalpine warblers.