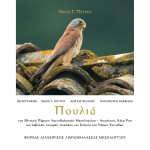 This book welcomes you to the rich world of the avian residents and seasonal visitors of the Mesolongi Wetlands National Park. Some 280 species of birds can be found here, reflecting the great diversity of habitats: open lagoons, islands and islets, sandbars and coastal dunes, mudflats, marshes, flooded meadows and reedbeds, as well as mountains, rocky ravines, wooded hills and cultivated lands. The author and the photographers attempt to unravel for you  the secrets of this varied area through a short journey, only 158-pages-long. Should you, after reading the book, decide to visit the area, be sure to bring your binoculars and cameras. 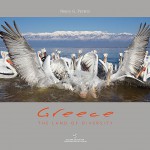 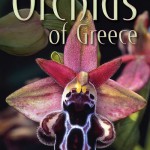 The firrst complete reference guide including all the wild orchids of Greece, based on twenty years of field work and the current literature. 212 species and subspecies
are described, with extensive analysis of the most recent taxonomic opinions and controversies.
The introduction and general section present facts about Greek nature and flora as well as aspects of orchid biology and conservation.
888 colour photographs illustrate the taxa, including all their variations, as well as their habitats, hybrids and intermediate forms, and aberrant individuals with colour and shape anomalies. Codified and simplified descriptions with emphasis on key-points that facilitate identification in the field. 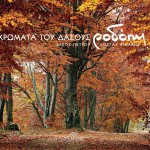